International opera sensation Kristin Lewis returns to Little Rock from Vienna, Austria, this November to present a program of opera favorites in support of her one-year-old vocal foundation scholarship. Ms. Lewis will perform arias from works by Verdi and Gounod, a suite from Gershwin’s Porgy and Bess, and the second act of Puccini’s La Boheme.

Kristin Lewis, a lyrico-spinto soprano lauded for her interpretations of Verdi heroines, is a native of Little Rock, Arkansas. She has performed in the finest concert halls in Germany, Italy, and Spain, and will make her debut at Carnegie Hall this season as a soloist in Mahler’s Second Symphony with the Israeli Philharmonic Orchestra conducted by Maestro Zubin Mehta. In 2012, Ms. Lewis was awarded the Orazio Tosi Prize, given by the Club Lirica Parma at the birthplace of Giuseppe Verdi. She was named the 2010 Artist of the Year by the Savonlinna Opera Festival. Ms. Lewis was also voted a 2010 recipient of the coveted “Oscars of the Opera” by the Foundation of Verona for the Arena. She is a two-time National Finalist of the Metropolitan Opera National Council Competition.

Formerly a section leader in the choir at Second Presbyterian Church of Little Rock, Ms. Lewis began her vocal studies at the University of Central Arkansas under the guidance of Dr. Martha Antolik. After receiving her Bachelor of Arts degree, she earned a Master of Music degree from the University of Tennessee. She continues her postgraduate studies with Ms. Carol Byers in Vienna, Austria, where she currently resides.

The concert at Wildwood Park for the Arts benefits Kristin Lewis Foundation Scholarship Fund supports emerging Arkansas vocalists in their professional development, providing funds for tuition costs, attendance at master classes, and national or international travel. Applications for this year’s awards competition are being accepted through early February 2016. 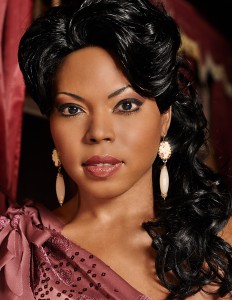