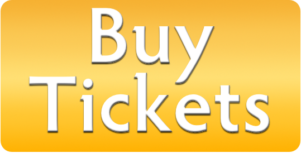 GET YOUR SEATS TODAY!

A Student Matinee for student groups (jr. high/high school) will be held Thursday, April 12, at 10 am. Seating for this performance may be obtained by calling Wildwood at 501-821-7275.

Stephen Sondheim composed the music and lyrics for INTO THE WOODS; the book is by James Lapine. The duo are also known for the Pulitzer Prize-winning SUNDAY IN THE PARK WITH GEORGE as well as the Tony Award-winning PASSION. INTO THE WOODS, another Tony Award winner, is inspired by fairy tales attributed to Charles Perrault and Brothers Grimm.

This dramatic comedy weaves together elements of five different fairy tales, each focused on a quest to fulfill a wish.  A childless baker and his wife yearn for a child. Cinderella dreams of dancing at the King’s Festival. A boy named Jack wishes his favorite cow would produce milk so he won’t have to sell her at the market. Little Red Riding Hood wants to bring some bread to her sick granny. Rapunzel aches to explore the world outside her tower, and the witch who imprisoned her is desperate to regain her lost youth and beauty. Each character’s wish is granted — but the happy endings turn out quite differently than any of them had imagined.

Witty lyrics, lush musical numbers, and fantastic settings evoke childhood nostalgia and imagination in the first act, while the second act offers unexpected drama and a wisdom that comes from the challenges of adulthood.

Dr. Bevan Keating, artistic director, directs and conducts INTO THE WOODS. His recent directing credits include THE MUSIC MAN, THE PIRATES OF PENZANCE, and his telling of the famed vampire, DRACULA UNEARTHED. Keating is also Associate Professor of Music and Director of Conducting and Choral Studies at the University of Arkansas at Little Rock and serves as director of music and the arts at Little Rock’s Second Presbyterian Church, home to the Praeclara performing arts organization.

Among the 22 roles of INTO THE WOODS, the Narrator in the Wildwood Park and Praeclara co-production is Eric Harrison. Harrison made his debut with Praeclara in the spring, 2017 production of THE PIRATES OF PENZANCE. He has performed with almost every theatrical group in central Arkansas, including Arkansas Repertory Theatre (PETER PAN among others), Arkansas Festival Ballet, Ballet Arkansas, Murry’s Dinner Playhouse, Weekend Theater, and Argenta Community Theater. Favorite roles include Pooh-Bah in THE MIKADO, Mother Ginger in THE NUTCRACKER, William Blore in AND THEN THERE WERE NONE, Sheridan Whiteside in THE MAN WHO CAME TO DINNER, Dogberry in MUCH ADO ABOUT NOTHING, the title role in THE WIZARD OF OZ, and Big Jule in GUYS AND DOLLS.

Matthew Tatus will perform as the Baker in INTO THE WOODS. Tatus recently performed the role of The Pirate King in THE PIRATES OF PENZANCE at Wildwood Park. Other roles include Sclavel in DRACULA UNEARTHED, the Sorcerer in DIDO AND AENEAS, and he originated the role of Mike in Peter Schneider’s world premiere adaptation of PAL JOEY at Arkansas Repertory Theatre.

The Baker’s Wife will be performed by Kira Keating, most recently seen onstage at Wildwood in the Praeclara co-production of THE PIRATES OF PENZANCE, as well as THE MUSIC MAN in which Keating performed the role of Marian Paroo. Previous operatic roles include Gretel in HANSEL AND GRETEL, Fresquita in CARMEN, and Josephine in H.M.S. PINAFORE. She has also performed with Opera in the Rock and the Gilbert & Sullivan Society of London, Ontario.

Shea Williamson performs the role of Cinderella in INTO THE WOODS. Williamson has performed in THE PIRATES OF PENZANCE and will also perform in the production of ANNIE at Wildwood. In 2013 she was a member of BASOTI, the Bay Area Summer Opera Theatre Institute where she performed the role of Suor Genevieve in Puccini’s SUOR ANGELICA. Other favorite vocal credits include CARMINA BURANA, MOTHER OF US ALL, SWEENEY TODD, and DIE FLEDERMAUS.

Rachel Kamphausen will appear as the Witch, whose curse prompts the Baker and his wife to venture into the woods to seek a reversal of their barren plight. Kamphausen’s previous credits include THE MUSIC MAN, 4 SAINTS IN 3 ACTS, DIE ZAUBERFLOTE, HANSEL UND GRETEL, THE CHRISTMAS BOX and as Little Red Riding Hood in INTO THE WOODS.

INTO THE WOODS is presented through special arrangement with Music Theatre International (MTI). All authorized performance materials are also supplied by MTI. www.MTIShows.com